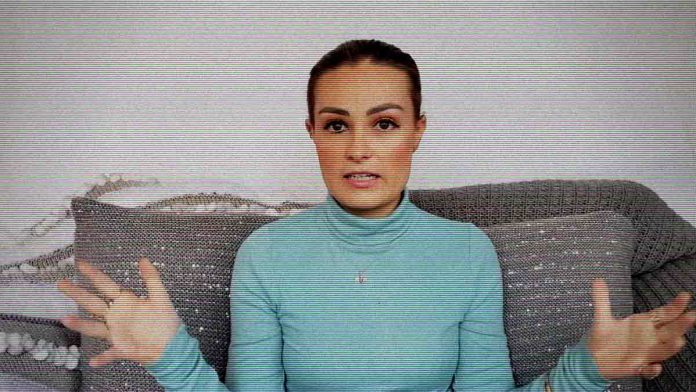 Molly Burke, a 26-year-old blind YouTuber, motivational speaker, author, and narrator of her memoir—It’s not what it looks like, has been a source of inspiration and hope for many fighting diseases, mental disorders, and going through tough times. However, the good and the bad are two parts of the same coin that fame is.

In the latest video posted on her YouTube channel, she talks about the struggles that content creators face every day. From the beginning of her YouTube journey, she’s been very open and honest about her life. The attribute that she believed to be her strength and the bridge between societal gaps is now starting to cause her trouble.

Burke says that now more than ever, she fears putting stuff online and talking about things, events, and people candidly as she was accused by some of not following Covid guidelines. She uploaded a few posts and stories on Instagram that people misjudged and therefore called her out.

She invalidates these allegations and says, “…when people just come out and accuse me and make these assumptions and say these things that are completely not true… …that can just become like a bandwagon effect where people jump on the train because it’s moving and they don’t know where it’s going or why it’s moving but they just jump on without actually like really thinking about the repercussions.”

“I am not honestly very good at keeping things to myself. It’s my own fault. I just think of you guys as friends and I just wanna tell you things… …so I think we’re often so open as creators, people can sometimes feel like they really know the creators they follow… …but it’s really dangerous to assume that, and it’s really dangerous to make assumptions and then spread assumptions like they’re fact or truth,” Burke adds.

When she talked about people of her circle getting canceled in her last video of 2020, many of her viewers began assuming names. She brought this topic as an example of spreading misinformation into discussion in her latest video and declared the assumptions untrue.

No matter how much we think we know our favorite celebrities and content creators, things can’t be assumed to be true and spread as if they’re unless explicitly stated. We never know what is going on in someone’s life because we only see what is shown and what we can, so only that which is stated to be true in what we see should be accepted as truth.