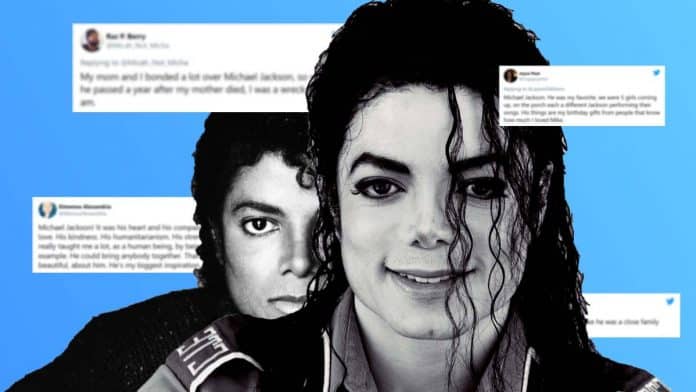 Michael Jackson, the King of Pop, died more than eleven years ago. The news of his death collapsed the internet, crashed websites. The whole world was in shock. Sometimes—even today, it feels unreal.

The memories of his presence woven into our hearts are the most significant part of the legacy he left that will live on forever. Eleven years later, his fans share on Twitter how the death of Jackson affected them the most.

Unexpectedly, It sparked off oceans of responses.

One user responded: “Michael Jackson! It was his heart and his compassion. His love. His kindness. His humanitarianism. His strength. He really taught me a lot, as a human being, by being an example. He could bring anybody together. That was so beautiful, about him. He’s my biggest inspiration.”

Another user writes crediting the bond with his mother to Michael Jackson: “My mom and I bonded a lot over Michael Jackson, so when he passed a year after my mother died, I was a wreck— still am.”

May your legacy live on forever…