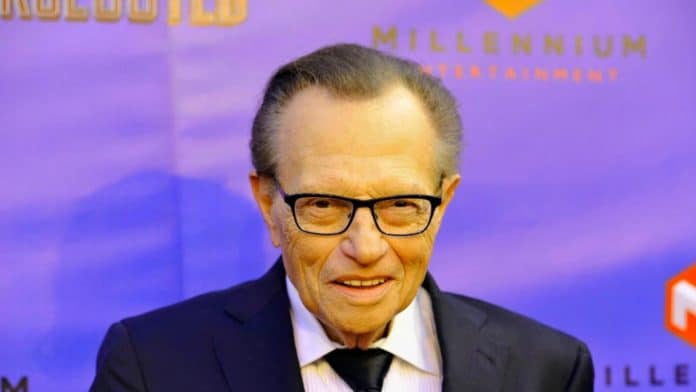 Larry King, the talk show mogul and renowned name in the entertainment industry, has passed away at 87. The announcement of his death was made through a Twitter post, on Larry’s Twitter account. The post read, “With profound sadness, Ora Media announces the death of our co-founder, host, and friend, Larry King who passed away this morning at age 87 at Cedars-Sinai Medical Center in Los Angeles.”

Larry was in hospital since last week of December 2020 due to Covid-19 complications but as for the cause for his death, no statement has been made. From suffering a major heart attack in 1987 to surviving chronic lung cancer in 2017 and angina in 2019, he had had a downhill health record. In March 2019, Larry suffered a life-threatening stroke—the revelation that he made in an interview with Extra.

In another interview with KTLA, Larry revealed that he thought of ending his life, and as he talked to Chance, his 21-year-old son, about this, he[Chance] started crying, which made Larry change his mind—

“I was ready to bite the bullet, and I said to him[Chance] … and he started to cry … and he said you can’t leave us … and I changed that minute.”

Last year on July 28, Larry lost his 65-year-old son, Andy King, to a heart attack, and just three weeks following his son’s demise, he lost his 52-year-old daughter, Chaia King, to Lung Cancer on Aug 20. May the ones affected the most find strength to deal with the devastating loss.